Why is it that the studios cannot leave enough alone? Apparently, Star Trek: The Original Series (ST:TOS to Trekkers and Trekkies out there [I’m of the latter, thank you very much]) is getting a makeover, not only being remastered for HDTV but also getting all the effects shots redone.
There’s no direct link to the email update I received, so I will simply quote from the SciFi news page the entire PR blurb:

The original 1960s Star Trek series will receive a high-tech makeover and return to broadcast syndication for the first time in 16 years, with digitally remastered episodes, Paramount announced. In honor of the show’s 40th anniversary, CBS Domestic Television is releasing all 79 episodes with new special effects and music on 200 stations, beginning Sept. 16. The first batch of episodes will be chosen from a list of fan favorites.
The original special effects will be replaced with computer-generated images, including the exterior of the Starship Enterprise, based on the exact measurements of the original model, now resting in the Smithsonian Institution in Washington, D.C. The main title sequence will also be redone with new effects and a new digital stereo soundtrack re-recorded by an orchestra and a female singer. William Shatner’s classic original recording of the 38-word “Space, the final frontier …” monologue has been remastered and continues to open each episode.
All of the space scenes, alien landscapes and ships—including the Romulan Bird of Prey and Klingon Battle Cruisers—will be updated as well. The remastered episodes have been converted from the original film into a high-definition format, which gives viewers a clearer, crisper, more vibrant picture, even when viewed in standard definition.

Will the Star Trek series ever be the same?
Looking at the revisionist releases of Star Wars and its sequels, with not only “new” effects but entirely new (boring) scenes added and even replacement of the actor playing the Emperor (though the new Emperor was good), I worry that the original Original Series will be lost to the dustbin of history.
It’s really a shame, since part of the real charm of ST:TOS is how it’s so much a product of its time — the miniskirts, the overt paternalism and chauvinism, the actors so young and vivid … and, yes, the dated special effects, which really aren’t all that bad, when it comes down to it.
Will “updating” the Romulan ships add anything to Star Trek? Will making our dear, beloved Enterprise NCC-1701 fly more like Picard’s Enterprise and fire photon torpedoes with new CG subtlety seem like a modern show?
Will re-recording the title music help, or make the show seem alien to fans? 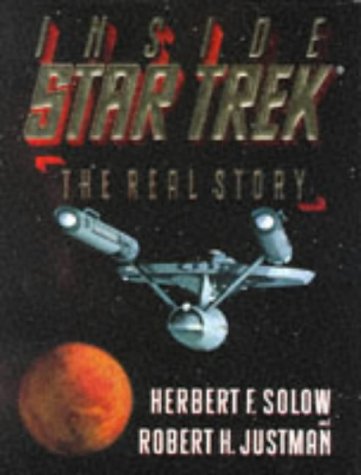 Maybe I’m just too much the geek. After reading Herb Solow and Robert Justman’s book on how Star Trek was made totally on the cheap, I can appreciate the vigor and charm of the show even more. This decision by the tassled loafer set in Paramount to “update” Trek leaves me feeling uneasy….
…and wanting to rush to Best Buy and snap up those current box sets of the series before they’re lost to the Orwellian world of special effects updates.
For a more sarcastic take: Blowing Smoke.
For TOS prequel movie casting news: The Houston Chronicle.