The online world changed for me this year. I discovered the handheld — or rather what the handheld promises to be. I had a Palm 700p before. It was a good phone. Qwerty keyboard. Great reception. Worked just about anywhere. But after more than 2 years with the Palm, I just had to try the iPhone, the multitouch interface, the motion sensor. But I had no idea what worlds would be opened up over the months since — mostly not by Apple directly, but by the creative minds creating some applications that strike me as almost mind-blowing.

I almost didn’t go for it. For many months I resisted. I’d had AT&T service before, and did not want to go back. But that GUI tempted me.

It’s a good GUI, and even the awkward keyboard laid out for 9-year-old fingers is saved by the rather smart active spellcheck.

But ever since firmware 2.0, the iPhone has been something else.

Some are amazing. Some unexpected. Some just pretty cool. Here are a few. 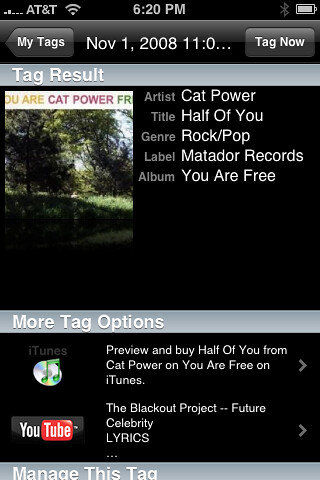 This app is amazing. Hear a song you like? Start up this app and let it listen for a few seconds, and it’ll find it for you. This screenshot shows the result of a song I heard in the end-titles of an episode of True Blood, when I was introduced to a new band.

It’s hard enough to be exposed to new bands in this day and age when radio sucks and the music studios don’t want anyone to share their favorites with others. You gotta be able to grab it when you hear it. Shazam! 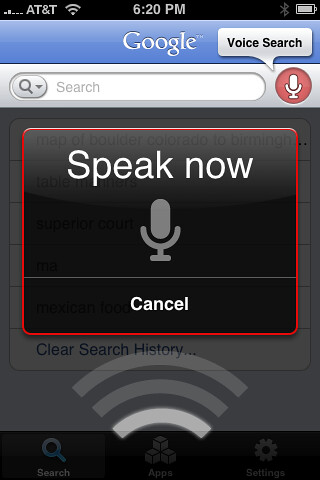 You expect Google to come up with some good stuff, but this app tops expectations, again using sound. Start the app. Speak. And Google gives you search results. Nice!

Apparently Google technically broke Apple’s API rules with this app. But it’s Google, and Google and Apple are friends. And so innovation happens. 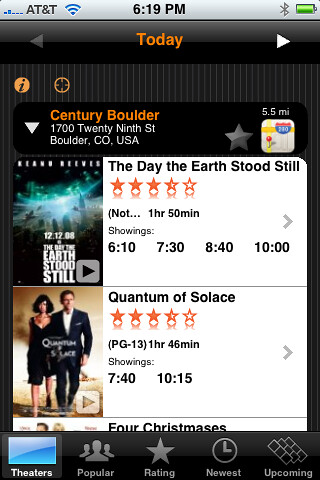 Want to take in a movie? Start the app, and it finds the movies playing in the nearest theatre by you, with upcoming showtimes and ratings. All at literally one tap.

If you want to exert yourself and go for a second tap, you can read a (very) little synopsis, or watch a trailer. Nifty! 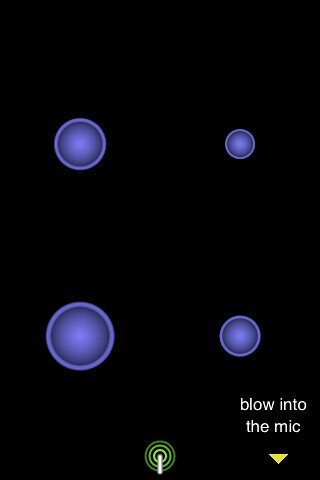 Ocarina is a musical instrument. You actually blow into the mic and touch your fingers on the screen. It’s like an electronic flute! And it takes practice to produce anything sounding musical. 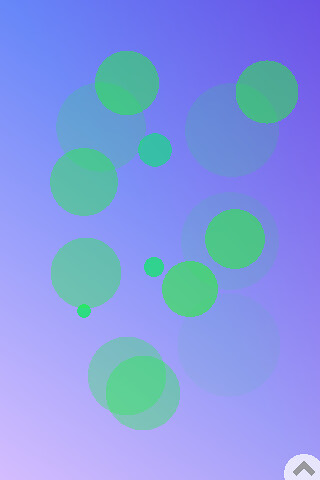 Bloom is another instrument. This time it’s easier to make pleasant sounds, because you’re leveraging the creativity of Brian Eno and Peter Chilvers. It’s like a musical loop. You tap on the screen, and it chimes depending upon where you tap, and after a configurable amount of time it starts to loop back on you, while you continue to tap. There are some variations on tone and mood that you can also set. Very cool. 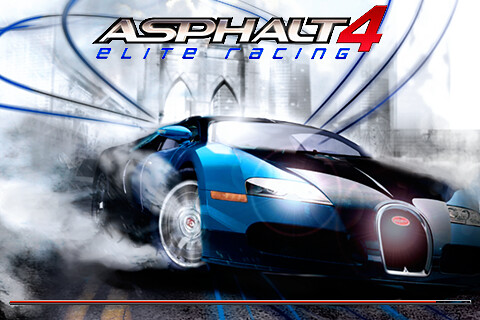 What’s a gaming assortment without a fast-car racing app? This one is cool. It takes advantage of the iPhone’s built-in motion sensor to make the handset itself a controller, like a Wii. To steer, you tip the phone right and left.

The graphics are outstanding for a little handheld app, and outdo many XBox and PSP apps in that department. Shiny! 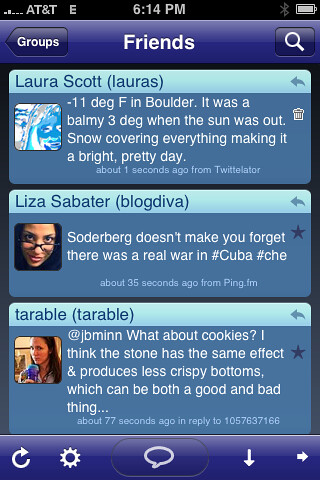 There are a few Twitter apps out there, but this one is the one I keep firing up. 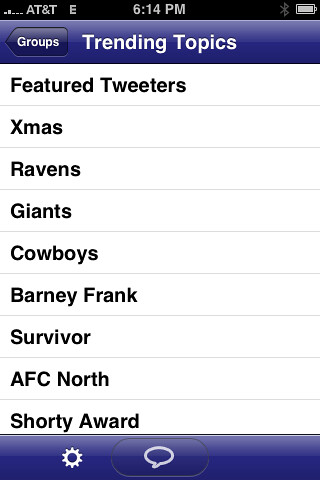 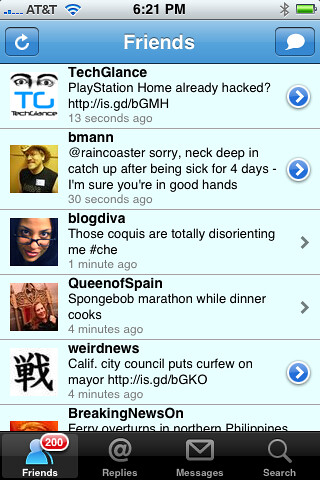 If the tweets in Twittelator take up too much space for you, a stripped-down Twitter app is this one. Clean, lean, lightweight. Tweet and run! 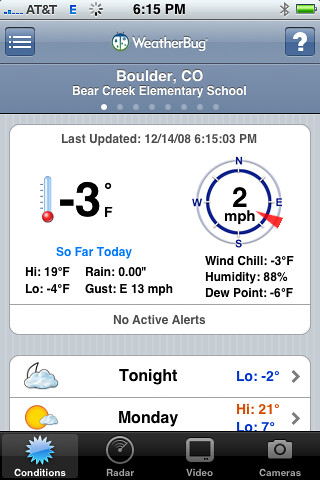 Every day starts with my reaching to the nightstand for my iPhone, and firing up WeatherBug. (Okay, I might check Twittelator first.) I want to know what the weather is looking like for the day.

And yes, it was -3 degrees this afternoon. Colder at my house. Brrr! 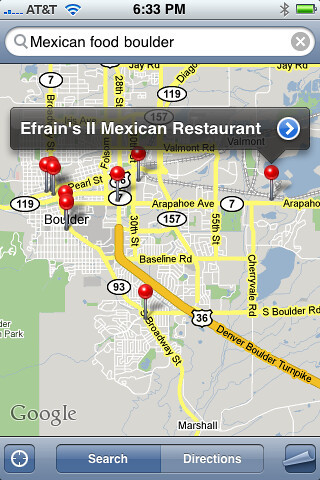 Apple does alright in the app development department. Maps comes pre-installed, and it is really one useful app, melding maps and search into a handy interface to find what you need and where it’s at. The pin marks the spot. Doink! 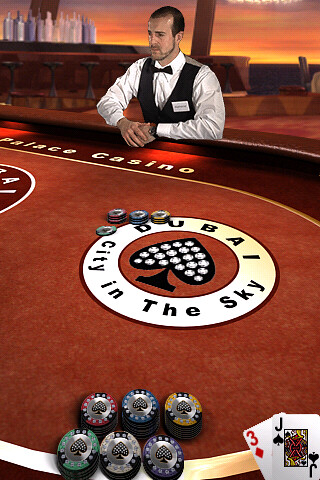 I confess I find this one totally addicting. I love poker now! The computerized opponents are pretty tough. And they bluff! 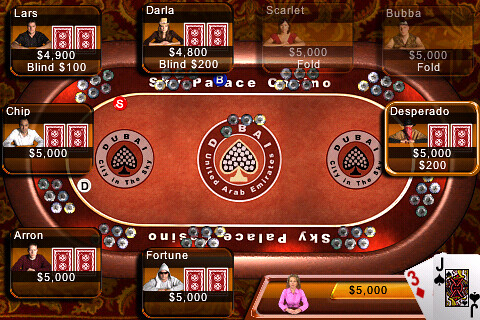 I prefer the eye-in-the-sky view. The action is faster. All in!

Who knows? There are many new handhelds coming out next year, or are out now. And some will be running Android, Google’s open source handheld operating system, which will put some pressure on Apple to open up a little.

Maybe we’ll see some effective leveraging of handhelds in social media. Aside from Twitter, the offerings have been underwhelming. But the interest is out there. And every change that makes a device more entertaining to use and useful to have around starts to change how we live our lives.

A year ago I was living in Palm world. Now that’s behind me, and while it’s not so easy to make a phone call, I wouldn’t go back. Not on a bet!